This blog helps you finding the right type of road transport company. Let’s jump in. The main difference between a road haulage company and a courier company is the size of the packages they transport.

The rough difference is that haulage companies or trucking companies are transporting large shipments of 150 pounds or more. Courier companies are shipping smaller packages. Finally some companies call themselves a logistics company. So let’s look at that term too.

We’ll zoom in on a specific part of freight logistics. This blog will cover most aspects of transport that is done over the road.

We’ll give some examples:

After these examples you get a rough idea. But there is more to consider when looking for the right transport company.

The amount and sort of freight for example. So let’s take a closer look.

What’s the difference between FTL and LTL?

When comparing FTL and LTL the main differences are price, type of shipment and the speed at which the shipment needs to be delivered.

FTL means Full Truckload. The lorry is loaded with one shipment of one company. If you want to send 30 UK pallets from The Netherlands to England, than you want to order an FTL shipment. The advantage is that the shipment stays within the trailer the entire time. No groupage with other goods is needed. That means the truck doesn’t have to stop at multiple addresses and on time delivery is even more certain.
FTL shipping is possible for smaller amounts of cargo. But is relatively expensive.

LTL means Less than Truckload. This is for road haulage and the lorry is filled with freight from multiple companies. Most of the times the goods are picked up from multiple addresses. After that groupage of the goods is done within a warehouse. Your shipment needs only a small part of the trailer. So you pay less. The lorry has to stop at multiple addresses to deliver the goods. Or it has to deliver it to distribution center and a parcel carrier will deliver it. You can imagine this process takes a bit more time than FTL delivery. Because of budget LTL delivery is ideal for small businesses.

Temperature controlled transport, you need a tautliner / curtainsider or a Refrigerated trailer?

Look for a transport company with tautliners if you want to send dry goods that weigh 150 pounds or more.

Courier services are business that transport small packages, parcels and letters. It is the transportation of relatively small freight.

Freight: Parcel carriers usually handle small packages and freight that can be broken down into units less than 150 pounds (68 kg)

Courier companies work less regular with contracts. Smaller companies and consumers are more free to choose which courier they use to send their shipment. Most of the time shipments occur less frequent. That’s why contracts are less necessary.

Confusion between haulage and courier services

Confusion starts when the same package is transported with a company that provides haulage and courier services.

Person A delivers a small package at the postal office. The packages are collected in carts. It’s likely that a haulage company picks up this cart. Because the small package is becoming part of a large distribution cycle with large palletized goods and containers. 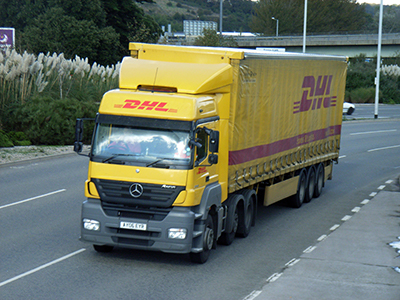 The final part of transporting the package to Person B is done by a courier service. He uses the typical delivery truck. That way he is able to deliver a large amount of packages a day, to a lot of companies and consumers. 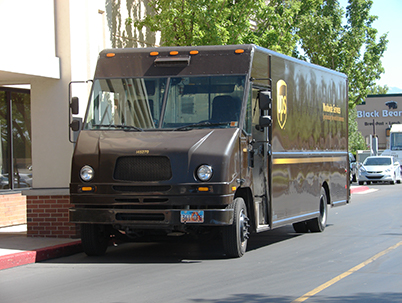 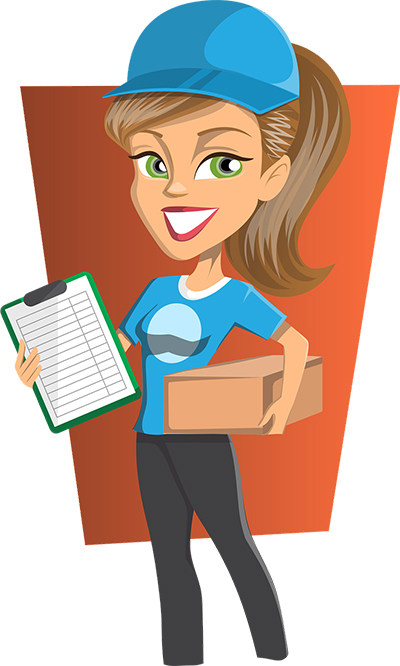 What’s the difference between groupage transport and courier services?

Let give an example of groupage transport:
A haulage company from Manchester gets three orders from three different companies for transport next Friday:

The haulage company will consolidate the cargo together in two trucks. One to Germany and one to London and it’s surroundings.

While the term logistics describes a broader range of activities to get goods from A to B.

A road haulage company is called a trucking company in the USA. It is for transportation of larger goods on the road.

The term transport company is usually used in relation to public transport. So, for transport of people.

Are you looking for a haulage company?

So. Now you know all the differences between the different terms. And you want to send a shipment?

We are happy to help you with:

Brouwer Transport is a road haulage company based in The Netherlands. As a family business we have over 60 years of experience. And we are shipping goods to England and Scotland as long as we can remember. Transport is possible for one UK size pallet or more. 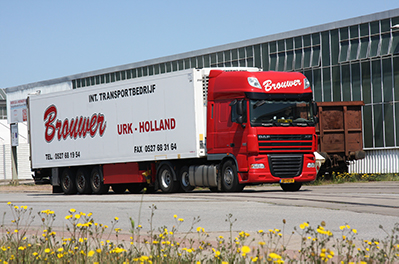